Improving Your Health and Wellbeing

What is genetic screening?

Genetic screening, or testing as it is sometimes called, is often an invaluable tool in helping clinicians to diagnose a genetic condition or to assess the likelihood of someone developing a particular illness or disease.

Screening tests are often considered an important part of any public health programme and are usually quite general in nature. They are normally offered to people who are considered quite healthy but may be at risk of a particular condition.

Most of the time, this risk is determined by a family history of such a condition, but there may be other factors as well. This type of genetic screening is not definitive and may require further testing. The value of such testing is that it can help the person make a number of lifestyle changes in advance of developing the condition, thereby minimising its effects.

This is normally the next stage from a genetic screening test and is used to confirm or disprove any earlier results.

This type of genetic screening is often done if there is a family history of a particular condition, such as Down's syndrome, to determine if the individual is at risk of passing on this disability to any children they may have.

This is a different type of genetic screening but is often confused with those mentioned above. Forensic screening is normally used to determine a legal issue, such as in a paternity suit, or in a criminal investigation. There are normally legal considerations as to whether or not the type of screening can be done, as well as serious privacy implications.

Genetic screening can be an important part of the pregnancy period.

When someone is pregnant, many tests will be done during the first and second trimester, to establish any issues around the baby's health. Genetic screening can detect a number of conditions, including a wide range of potential birth defects.

Concerns have been raised that knowing this type of information in advance could lead to an early-term abortion on the grounds of a birth defect. Whilst these concerns have an important place, they should not be confused with the medical benefits that genetic screening can bring in enabling both the health of the mother and baby to be treated in the most appropriate manner.

There had been some doubts raised as to how reliable genetic testing can be. Like all forms of medicine and scientific research, the more it is done, the more reliable it becomes. It is important, when thinking of genetic testing, not to think of it as a foolproof diagnostic method. It is more of a tool that can reliably flag up potential issues, that can then be further investigated and acted upon if needed.

It has the potential to give a lot of additional information to any clinician treating someone, both in terms of health prevention, as well as diagnosing and treating a wide range of conditions. 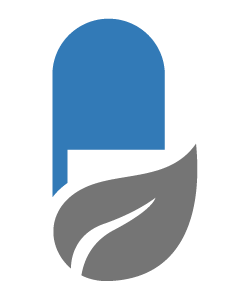 Your health is the most important thing in the world. It doesn't matter how much money you have or how successful you are in your career. Without your health, you will not be able to enjoy any of these things. That is the reason we decided to start researching and writing this blog. Although we aren't doctors or nurses, we wanted to do everything we could to encourage people to take their health seriously and to visit a health care clinic if they begin to feel unwell. We hope you find the articles about various illnesses useful. Thanks for stopping by.